I just got a text from a friend who had contractors at his house. They told him plan to quit their day jobs to trade full-time because they make more money day trading.

Now take that anecdote and multiply that times 10 million. This is happening all over the country. Trading has turned into a national obsession.

More people are opening brokerage accounts now than they did when the pandemic first started. 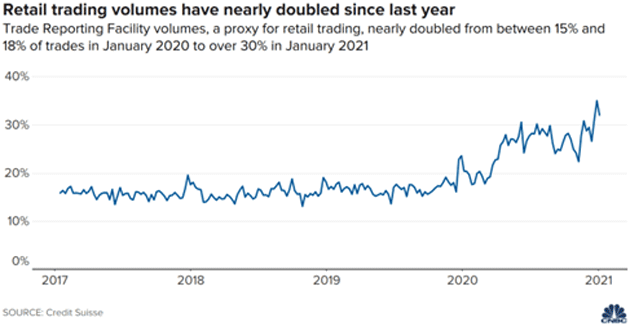 Everyone thinks they'll be a great trader. But don't quit your job to be one.

If you day trade as an avocation, that's one thing. But doing it as your vocation puts an enormous amount of pressure on you.

I day-traded S&P 500 futures for years. During my best year, I made $8 million for the company I worked for. I wouldn't have been able to do that on my own. It takes a lot of capital to make that kind of money.

There was a study awhile back on day traders in South Korea. Eighty percent of them gave up and quit after six months. After a year, only 1% of them were left in the study. And they only had enough money for food and rent.

I knew a portfolio manager who had a license plate "IZNVREZ." Things may seem easy now, but they aren't.

In 1929, shoe-shine boys were giving their customers stock tips. In 1999, a cab driver in San Francisco was giving me options trading tips. And you know what happened after that.

Now, in 2021, we're watching a stock like RCI Hospitality Holdings (RICK) climb… even though adult nightclubs like the kind it operates are closed due to COVID-19. 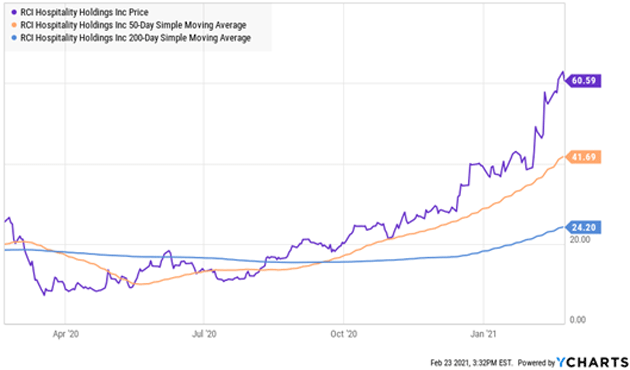 The dating app Bumble (BMBL) went public at $42 and ran up to $81. There's nothing unusual about Bumble or the fact that it's unprofitable. Over 80% of companies that go public these days are unprofitable. What's unusual is that people still buy them.

On top of that, penny-stock volume is going through the roof. So is option trading volume.

People are doubling and tripling their money. No wonder they want to quit their jobs.

If we are not at the top, then we are very close.

Where Will You Be When the Bubble Pops?

A lot of people say we are in the early innings of a stock market bubble. To me, this feels like two outs in the bottom of the ninth.

This could end up being the mother of all investment bubbles. But don't look at the Federal Reserve to pop it. It is going to run the printing presses at full speed until everyone in the country gets a job.

It's economic absurdity. And a lot of investors are going to get wiped out.

If you are 100% in stocks, you should think about cutting risk. But that doesn't mean you have to go to all cash.

My strategy is to buy cheap, unloved, and unwanted stocks. There are still plenty of them out there. Like these seven.

It’s Free for a Reason

Protect Yourself from Financial Fast-Talkers