Giving away money is hard.

Not because rich people are all greedy Scrooge McDucks (some are, some aren’t). It’s hard because, when you have a lot of money, and you plan to give it to charity, you want to make sure it isn’t wasted.

Take Bill Gates, for example—he’s the king of giving money away.

Gates, as I’m sure you know, is the co-founder of Microsoft (MSFT). He built a $60 billion fortune during his tenure as the company’s CEO. Then he stepped away from that role in 2000 and launched the Bill & Melinda Gates Foundation with his wife to give away the bulk of their money.

One of the foundation’s goals is to eradicate malaria. They’ve made significant progress and saved millions of lives, largely because Bill and Melinda are heavily involved in how their money is spent.

They could have written a big fat check, jetted off to the Seychelles, and left the details to other people. But that’s the sloppy way to go about things. That’s how money gets wasted.

My guess is you don’t have billions of dollars to give away. But you probably donate to charity from time to time, and you want your money to go to good use, even if it’s only $5 dropped into the Salvation Army tin.

The reality is, with small donations, you have virtually no control over how the money is spent. You can (and should) be selective about the charities you give to. But your clout ends there.

I donate to the local animal shelter sometimes, and I have no idea what they do with the money. Maybe they buy cat litter. Maybe paper towels. I’m curious, but I can’t get into the weeds over a $700 donation.

It’s Better to Give Later

People say you should give away 10% of your income throughout your life. But I don’t agree with that.

The problem isn’t the percentage—I see no issue with giving away 10% of your lifetime earnings if that’s what you want to do. The issue is when you give it away. It’s far better to donate less when you’re younger and more when you’re older.

See, when you are younger, up to age 45 or so, you want to save as much money as humanly possible. Over time, that money will grow and compound. Then, when you hit 50 or 60, you can start giving more away if that’s important to you.

Now you’re 60 years old, and you can start donating a lot more money to Meals on Wheels or some other charity of your choice. 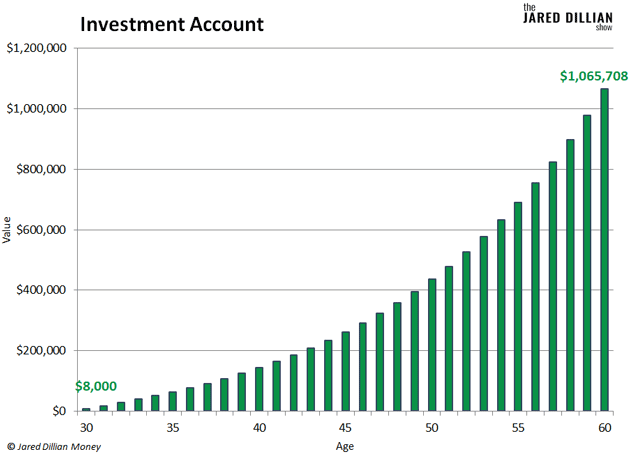 Yes, there are people and causes that need help now—that will always be true. You can still donate small amounts along the way. By all means, go ahead and drop a few bucks in the Salvation Army tin.

But you can make a much greater impact by waiting. Really, the most effective way to donate to charity is to give most of the money away when you croak. That’s what I’m planning to do.

The Happiness Explosion Is Here