Have you seen the movie Ocean’s 12?

There’s a scene where a character named Saul, played by the late, great Carl Reiner says, “I want the last check I write to bounce.”

The writers may have borrowed that line from the (former) billionaire Chuck Feeney.

Personally, though, I think this should be true of everybody, unless you’re planning to leave something to charity or your children. You want your money to last as long as you do… but not a minute longer.

So, how do you do make that happen?

First, you need to amass a big pile of money. (If you’re behind on that, or just plain lost, I can help.)

In the meantime, the rest of your money will continue to grow, so you don’t run out too quickly.

If 4% doesn’t sound like a lot to you, and you’re tempted to take out more, please don’t. The markets might be on a roll now, but there will be some bad years in there.

The S&P 500 has suffered through five bear markets in the last 20 years. A bear market is when the S&P drops 20% or more after increasing 20% or more. 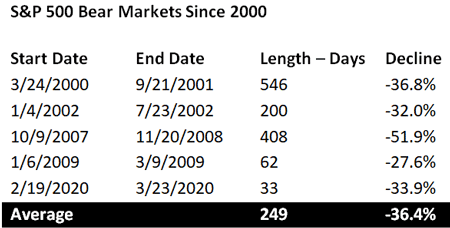 No one knows when the next downturn will happen, how bad it will be, or how long it will last. That is why you exercise restraint and limit your drawdowns to 4% a year.

The last thing you want is to run out of money at age 85, and then live another seven years in poverty.

This happens to people all the time. They spend their final days in ratty clothes, eating cheap frozen dinners, yelling at the television. It’s terrible.

One thing I’ve noticed: People tend to be overly pessimistic about how long they’re going to live, even though the data points in a different direction.

People in the US can expect to live 78 years, on average. Then there’s something called “conditional life expectancy.” Say you’re a guy who’s already lived to age 75, and you don’t smoke. In that case, you can expect to live to 85.

Then the opposite ends up happening. And eventually, they’re 80-something, with a crappy standard of living.

Old and broke is an awful way to live. Social Security gives you something, but it’s not enough to live comfortably. That’s why you save when you’re young, and only take out 4% a year in retirement.

If you’re conservative with your spending, the worst thing that can happen is you leave behind more than you planned. Then your kids get more money, and that’s okay.

But it’s also okay to enjoy yourself in retirement. Spending 4% a year while keeping your investment risk low will help you do that.

One final thought on risk: In retirement, most of your portfolio should be in fixed-income investments, with no more than 30% in the stock market. Max.

If 100% of your portfolio is in high-growth mutual funds, it’s going to get cut in half one day. And you probably won’t have time to recover.