The Craziest Thing Since 1999

Be honest: Did you put your stimulus check into the stock market?

I hope not. Because something crazy is happening right now...

The current stock market rally is one of the rare exceptions.

A big reason for the whiplash is that retail investors are pouring their stimulus checks into the market. And they’re buying a lot of garbage, like airline stocks. 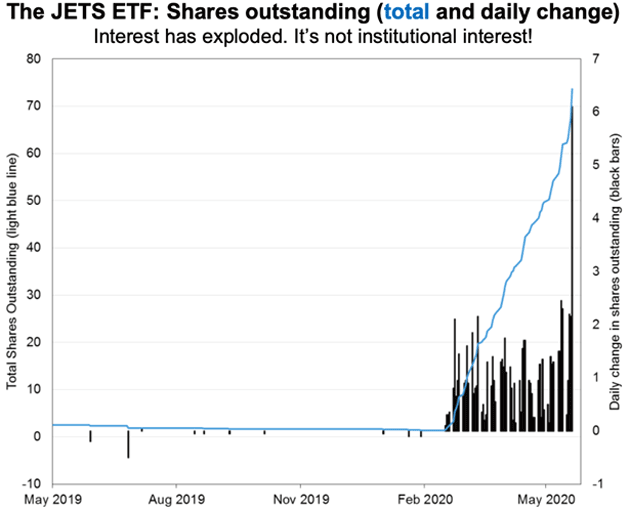 Look, the airline business is in the toilet. I don’t think air travel will reach pre-crisis levels for many, many years. In the meantime, the airlines have too many planes, too much capacity.

There is zero reason to buy airline stocks. But this is the kind of junk retail investors are buying.

The last time retail investors played this big a role in the market was 1999, during the dot-com bubble. I remember sitting in an office full of government employees, and nobody was working. Everybody was trading stocks!

This was the biggest stock market bubble in history. Let me refresh your memory on what happened next... 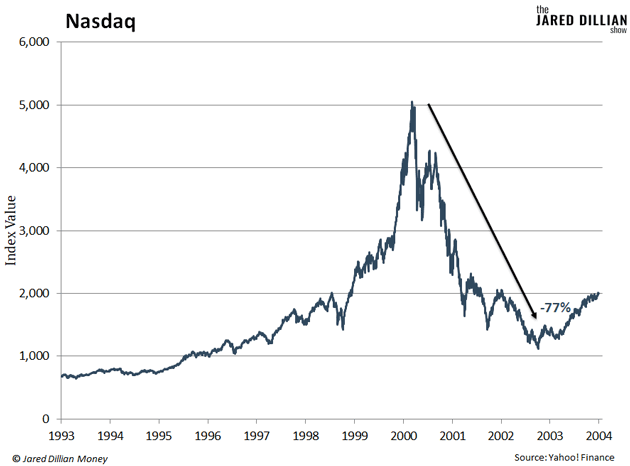 Today we’re in another bubble. And the craziest part is, it’s happening right after the stock market crashed over 30%.

Usually when the stock market crashes, people get demoralized and don't invest for years. But this time, people plowed into the market.

Part of the problem is sports gamblers. These guys don’t have any action right now. They can’t bet on baseball, or basketball, or hockey. There’s a massive amount of legal and illegal gambling in this country. And these guys are itching to bet on something. So, they’re betting on stocks.

I would not call these people investors. They’re gamblers!

Screwing Around with Stocks

Think back to the housing bubble, when the homeownership rate shot from around 63% to 70%. Part of the reason for the subsequent crash was that some of the folks in that extra 7% had no business owning a house. They couldn’t take care of it. They couldn’t make the payments.

Now we have a bunch of irresponsible people betting on stocks. They’re downloading a free trading app like Robinhood and screwing around. I do not know anyone who’s gotten rich this way, at least not on a permanent basis.

Smart Things to Do with Your Money

The conventional wisdom on Wall Street is that you should do the opposite of what retail investors are doing. And there’s something to that.

So, here is my recommendation: Do NOT put your stimulus check in the stock market.

Use the check to pay your rent, buy some groceries, or add it to your emergency fund. Remember, you need at least $10,000, or enough to cover 6 months of living expenses in your emergency fund, whichever figure is greater. Even then, more is better.

I have no problem with people hoarding gross amounts of money in their emergency fund.

There were a lot of sad stories after the dot-com crash... after the housing crash. You don’t want to be one of the people with a sad story after the next crash.

P.S. If you’re ready to separate yourself from the herd of irresponsible people screwing around with stocks... and actually learn how to invest the smart way, I can help you. I cover everything you need to know, including all the steps to take before you put a single penny in the market, in my free special report How Do I Start Investing? Download your complimentary copy now.
Previous

The House Determines Everything