How Not to Become a Rich Jerk

There are probably 50,000 books written on how to handle failure.

I failed at a couple of things in my life.

When I joined the Coast Guard out of high school, my goal was to become an admiral. But that goal didn’t pan out, so I would characterize it as a failure.

And I didn't get promoted to senior vice president or managing director at Lehman Brothers. I was just “regular ol’” vice president when the firm went bankrupt.

I didn’t meet my goal there, so I rack that up as a failure, too.

If I wanted to read a book about how to deal with it, I’d have access to no end of choices… 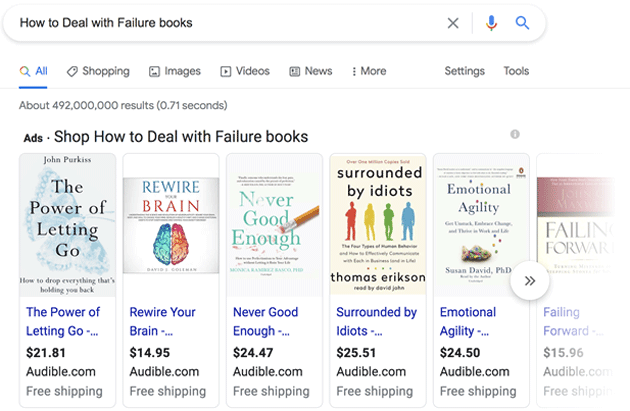 A quick search hands you thousands of books on bouncing back from failure.
Source: Google)

I found a few, but they seem to just concentrate on imposter syndrome and how not to feel “oppressed” by your success.

Anyone can be “affected” by success.
Source: psychologies.co.uk

There are a lot of people out there who gain a little bit of success and completely lose it.

They’re no longer grounded. It goes to their head and they become jerks.

I’m a personal finance guy. I’m an investor. The point of everything I do is to communicate one concept: Money is good.

But acquiring lots of money in a short period of time—especially if you win it or just have it handed to you —is sometimes detrimental.

You can see this with athletes and celebrities. They come into money, and they just forget where they came from.

Before I tell you how to deal with it, I have something to clarify: Yes, I’m talking about achieving success and bringing in BIG SUMS OF MONEY.

But this can just as easily apply to getting a bonus at work, getting a raise, inheriting money, winning the lottery at any level, or even “that stimmy check.”

Even a little success can throw you off your game.

(Have you ever met a tyrant middle manager at a Macy’s department store? That’s when you know even a little bit of success and power can go to your head real quick. How about self-inflated mall cops? You don’t have to reach Bill Gates level money/position to lose yourself.)

You need to give yourself time to really think about what to do with this money, and how it can serve you.

There is a ton of risk in increasing your standard of living quickly.

Because if you do it wrong (and most people do), there is nothing stopping you from losing everything, and quick.

You know what’s worse than being poor?

You went out, you bought the Maserati and the palace. You blew money on expensive vacations. You paid for everyone’s meals.

Then, something happens. You hit zero, and you have to sell it all. BAM. Poor again.

Slow It Down, Pal

I say this all the time: If you come into money (expected or unexpected) don’t spend any more than 10% off the bat.

Cash is potential. It's a big pile of opportunity.

And when you've been living without money for so long, and then you suddenly have some... you still have all the survival instincts from not having money.

Because that's what human beings are very good at: surviving.

We know how to survive. We're scrappy.

But we're not really good at thriving.

That’s why taking it slow is important. “Overnight Success” can quickly turn into “Overnight Failure” if you don’t.

Sock It Away for Later. Or Hire Someone Smarter

If you aren’t used to having cash, even $10,000 extra sitting in your account can feel like it's burning a hole in your pocket.

If you ended up making $1 million or more, that’s a little different. Working with a reputable firm like JPMorgan or Morgan Stanley may help. They offer private client services meant to assist people with huge amounts of money.

They can set you up with accounts that give you an income of several million a year without ever having to touch the principal.

If you don’t want to lose the money you made, this is the way to go.

How I Deal with Success

You may not care how I do it, but I’m going to tell you anyway.

I live below my means.

There's a very successful newsletter-writer out there. He makes more money than me by a lot.

He lives in the Cayman Islands, and I did a Zoom call with him a while back.

I was looking at the background on this call, and I'm like, "Are you at a bar? Is that a restaurant? What is that place?” He's responded, "No, this is my house."

This place had to be, at minimum, a $10 million house.

Now, this guy's a terrific dude. He has boatloads of money, but the success hasn’t gone to his head. I think that’s great, but... 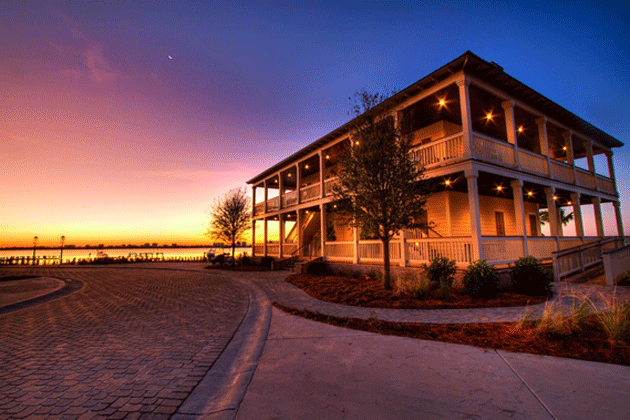 The first thing I thought of was, "If I had a house like this, it would go to my head."

But this is my thing. I like to live below my means. This is my way of staying grounded.

Now, you know that I also like to enjoy life. I love spending money on clothes, and we just broke ground on my dream house.

But all that “fun” spending, and even the home? It’s below my means.

When you hit the new level of success, maybe you'll be like me and live below your means, or maybe you’ll be the balanced guy living in a $10 million mansion in the Caymans.

The point is, if you spend all your cash up front, you’ll never find out what kind of rich guy you’ll be.

The Cult of Home Ownership