Maybe You Shouldn’t Go to College

A friend told me about his daughter’s tuition for her first year of college: $78,000.

Nobody can afford that.

Now imagine if his daughter were taking out student loans to cover the cost—because that girl is out there. Short of going on to become a wildly successful entrepreneur, there is no job that would allow someone to manage that kind of debt. We’re talking about the cost of a decent-sized mortgage here. Even banking doesn’t pay that well anymore.


As of this writing, the freeze is set to expire on August 31. However, President Biden is expected to announce some sort of plan within the week. Maybe $10,000 in debt forgiveness for borrowers below a certain income threshold. Maybe another extension on the freeze. We’ll see.

I will say that debt forgiveness is not the solution here. But people are so hung up on that debate that they’ve failed to consider how we got here in first place. Nobody is asking…

It’s simple, really. When you subsidize something, the price goes up.

The federal government is a price-insensitive buyer of college tuition. It’s willing to lend just about any amount of money to any student to go to college. It doesn’t require a credit check. It doesn’t require a student to have any kind of plan to repay the money. A few forms, a few clicks of the mouse, and voilà! it just hands over tens of thousands of dollars.

This is why the cost of attending a four-year university has ballooned 180% since 1980. The runaway student loan system allows these bloated institutions we call universities to grow bigger and bigger—often without preparing students to think or do anything else of much use.

When you get away from the ultra-top-tier schools, colleges don’t even compete over educational quality. Instead, all that student loan money lets them compete over amenities. “Come here because we have the best athletic center!”

Oldtimers will remember that college housing used to be spartan—if you saw where I lived in college, you would be appalled. Now you have places like Florida Gulf Coast University touting the “resort-style pool” at its freshman dorms. (By the way, the school has a 58% graduation rate.) 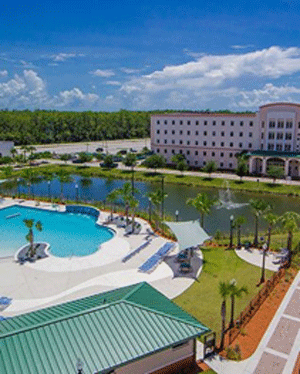 This is what student loans pay for.

The vast majority of college-bound students should go to a state school where they pay in-state tuition. Even better, go to a community college for two years, pay next to nothing, then transfer to a state school to finish your degree.

Sure, Duke is a more competitive school—US News ranks it #8 in the country, while UNC Chapel Hill is #28. But is the difference really worth an extra $213,880 over four years? (You might even find that UNC would happily give an academic scholarship to the kid who got into Duke.)

That’s right: You do not have to go to college. That thought terrifies a certain teen demographic—and, more often, their parents. But people really need to start getting comfortable with the idea.

There is one exception to all of this. If you get into Harvard, Yale, and maybe Stanford, then you go. You spend the money because it really does open doors.

This Is Where You Risk It All